D’Arcy, surrounded by Mike Lord and Ben Asoro, directors, stated further, “Indeed, the Calabar ICC is opening a new frontier for Africa and offering meeting organisers a new venue/destination option on the continent. This is especially true for the West Africa sub region, which, until now, has been virgin terrain for business tourism. “Nigeria’s entrance, with the Calabar ICC, into the international meetings industry is significant, not only because of the country’s large population, but also for its projected continuous economic growth. With a GDP of US$510 billion and a population of over 170 million people, 40 million of whom are middle income earners, Nigeria is surely a viable place to do business.”

Governor Liyel Imoke of Cross River State has led the push for the development of the Calabar ICC as part of an overall strategy of positioning Calabar as a foremost destination for tourism, both leisure and business. Calabar already hosts the annual month-long Calabar carnival that draws in thousands of visitors and tourists. The Calabar ICC would “host a wide array of events for national global audiences comprising businesses, governments and associations.”

The Calabar ICC is part of a new development area in the Cross River State capital, the 357-hectare Summit Hills. The area would feature a business hotel, an 18-hole golf course, and an international hospital. A monorail would connect it to the Tinapa Business and Leisure Resort. “This train will make it convenient for delegates and organisers staying at the Tinapa Lakeside Hotel (located across the lake from the Calabar ICC) to attend conferences at the centre in style and with ease.” As the Calabar ICC officials announced the readiness of the venue, they were quick to tackle perceptions of Nigeria by foreign associations and individuals. Over 2000 professionals in the meetings and conventions industry gathered at the Meetings Africa event held annually at the Sandton Convention Centre, Johannesburg.

D’Arcy stated, “Interestingly, Nigeria epitomises an almost bipolar view of Africa. While it is an exciting, dynamic, high-octane growth market for investors already doing business here, for others on the outside looking in, it appears chaotic, unstable, and uncertain. However the unrest, instability and uncertainty is, in the main, confined to the northern regions while Calabar is located in the far south of Nigeria.”

The global business tourism industry generates billions of dollars annually. South Africa organises MeetingsAfrica to draw attention to its facilities for both business and leisure tourism.  The country targets business tourists who return latter for leisure. South Africa’s Minister for Tourism Derek Hanekon announced at the Meetings Africa event that the country had “secured 177 major association meetings for the next five years –thereby attracting a quarter of a million delegates with an estimated economic impact of R3.5billion”.

The Calabar ICC seeks to attract this huge market for the country through business tourism. According to officials, “For Calabar, an already vibrant and top destination in Nigeria, the Calabar ICC is a most needed addition to solidify its place as the preferred business tourism destination in the sub-region and the whole of Africa. “The city is already famous for its hospitality, experienced by the thousands of tourists from all over the continent who attend the annual Festival and Carnival. Carnival Calabar, the city’s most famous annual event can only be rivalled by the Rio de Janeiro Carnival. Calabar’s rich cultural heritage, intriguing history, superior sports venues and idyllic tourist destinations offer delegates a variety of unforgettable experiences pre- or post-conference.”

Dirk Elzinga, managing director of Convention Industry Consultants (PTY) Ltd believes that the Calabar ICC would be a major beneficial addition to the industry and open up the West African market. Elzinga believes that Calabar provides just the right ambience for business tourism as it retains the allure of nature while removed from the more populous Nigerian cities of Lagos and Abuja. Nigeria has a large number of professional associations as well as corporate bodies that would provide the internal market support for the ICC. Many international firms in IT, FMCG, retail as well as alcohol and beverage are also seeking entry into the Nigerian market following the successes of firms from countries such as South Africa.

The Danger of a Single Story – Chimamanda...

“Change Now or Northern Nigeria Will Destroy Itself”... 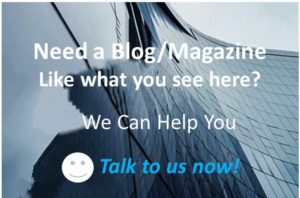